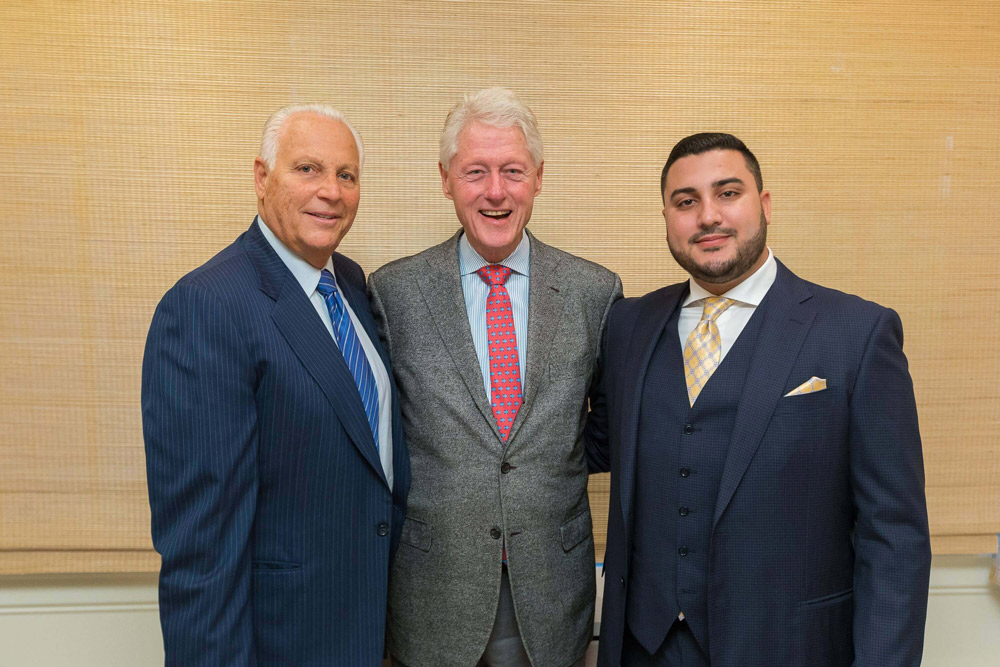 This fall, amidst one of the closest presidential races in history, the Crystal Plaza Group was honored to have the opportunity to serve the 42nd President of the United States. President Bill Clinton was the guest of honor at a private function held in Northern New Jersey while campaigning for his wife, Secretary Hillary Clinton, in October. Chefs and front of house staff alike were all screened by Secret Service in the weeks prior to the event and our executive chef, Paul Fonte, was instructed to create a menu that was vegan for the POTUS. The event ran as smoothly as anyone would expect from our team and President Clinton was so thrilled with the food he even insisted on snapping a photo with the whole team before leaving the venue. Our staff could not have been more thrilled for the opportunity!